It’s that time again! Like last year, I hope this list will help you find cool games that otherwise would have missed. Let’s get started!

My favorite games of the year 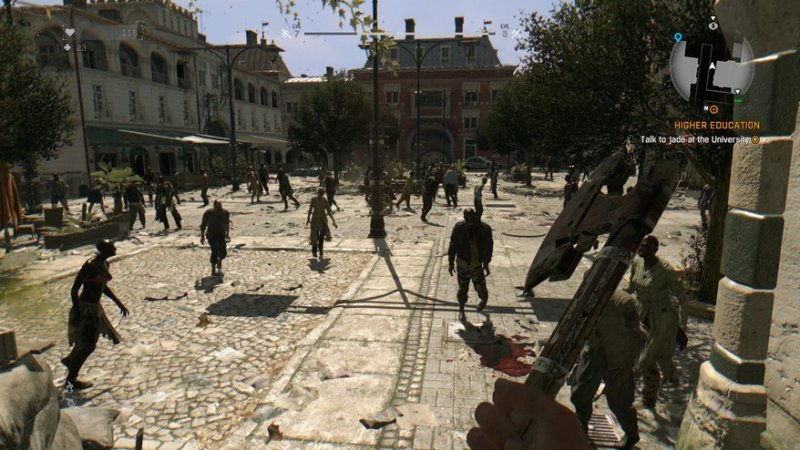 My absolute favorite game this year. Every part of the design, from the weight and feel of moving your body around, to the satisfying combat, to the fact that entire world is navigable, is executed with such perfection I can’t believe more people aren’t talking about it. The lack of fast travel forces you to exist in the world in a way that other games can’t match. Nighttime is genuinely frightening, and getting caught in it made for some great emergent stories when I found myself cornered by the terrifying night zombies. Look, I know it’s another zombie game, but it might just be the best.

I’ve been a fan of NetHack since around 1999, and though I couldn’t be happier with rogulike renaissance we’ve had in the last few years (Spelunky, FTL, NecroDancer, et al), sometimes it’s nice to go back to the immediacy and the theater-of-the-mind feeling of the ASCII games of old. Cogmind does this amazing balancing act between bringing us the classic design while also updating it with modern conveniences, like fun sound effects and controls that actually make sense. You play as a robot that can take apart other robots and then attach their parts to your body, building a walking (or hovering) death machine of your own design.

WHY ARE THERE NOT MORE DIVING GAMES? Why can’t we have more games that are so unbelievably compelling while having so little violence? WHY CAN’T WE HAVE NICE THINGS? Get this game.

I had no idea how much fun I would have with Splatoon. Discovering its charm and depth was one of this year’s great surprises. This is just as compelling as any other online shooter out there, with the added benefit of having an incredibly strong style. The paint mechanics make the game way more tactical than you might expect. The goofy music with faux lyrics are a highlight. 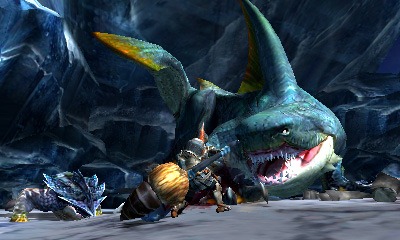 Monster Hunter 3 will always be my favorite, but 4 adds enough interesting things to make it worthwhile. I actually found myself enjoying the story (not something the MH series is known for) just because the characters have so much personality and the writing is excellent. If you’re even remotely interested in Monster Hunter, this is a good place to start.

There’s not much I can say about Mario Maker that hasn’t been said already by people smarter than me. I’ll just tell you that if you have a Wii U, this is pretty much the definitive experience for it. I spent many hours of my childhood drawing out new levels for Mario 3, and I know I’m not the only one; Mario Maker feels like a love letter to that impulse. Nintendo recently made it much easier to share levels with friends, so it’s better than ever. You can even try out my levels!

You Must Build A Boat

The sequel to my favorite mobile game 10,000,000 is pretty much the same game with a ton of cool improvements. I love panicky puzzle games that, using a timer and escalation of stakes, give you a heart attack while you’re playing (see also Tetris Attack). You Must Build A Boat fits that description exactly.

It came out of early access this year so I can cheat and put it on the list again. A roguelike, twin-stick shooter that is just about perfect. I barely go a week without playing it at least a few times.

SOMA
I actually did play a couple hours of this and it was genuinely unsettling in a psychological way. Like, many games claim to be psychological horror, but this is the first horror game I’ve played that actually delivers on that.

Duskers
A sci-fi roguelike horror game? Wait, why haven’t I played this yet?

Undertale
Everyone tells me it’s like EarthBound and that I should play it. I PROMISE I’LL PLAY IT IN 2016

Xenoblade Chronicles X
It was Jim Sterling’s review, and the insistence of several of my twitter friends, that convinced me to get this game. Fun fact: as of this writing, I bought the game and it now sits next to my television as a reminder to finish my current soundtrack project. It’s just sitting there. Laughing at me.